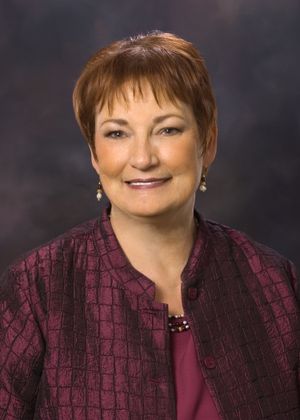 My life has been a quest for Truth. I’m a person who cannot take life for granted; I’m driven to find the answers to the Big Questions. I first became aware of the Big Questions while watching an episode of Dr. Kildare (or it may have been Ben Casey), in which a terminal patient struggled with the Big Questions: Where did we come from? How did we get here? What sustains us? What is our purpose? Where do we go when we die? Though at the age of eleven, I was too young to completely understand these questions, they did give form to a feeling I carried with me most of the time, a feeling that I had previously described as “What the heck is going on?”

When I was fourteen, I announced to my family, amid their many smiles and raised eyebrows, that I was going to become a nuclear physicist. My hope that physics would reveal the meaning of life was quelled once I took some courses in physics. It would be ten more years before I discovered metaphysics.

I was introduced to metaphysics through the book “Seth Speaks” by Jane Roberts. I was drawn to the book when my brothers and I were stocking up for the munchies at a White Hen Pantry. The picture on the cover frightened me a bit, and I did not buy the book the first time I looked at it. Or the second time. But eventually I did buy it. I spent a year reading it. Every concept in “Seth Speaks” was new to me, and I sometimes spent several days pondering an idea.

It’s a great book, and through it and the other Seth books, I gained a foundation in the Big Answers that served me well as I explored Eastern thought, esoteric Christianity, quantum theory, extraterrestrial life, metaphysics, Native American spirituality and more.

Like so many folks, I felt that I’d come home when I first attended a Unity church. Unity provided world-class teachings in metaphysics, and additionally gave me a new framework in which to explore the Bible and Jesus Christ. I became a Licensed Unity Teacher and later was ordained as a Unity minister.

I believe that Unity is ideally positioned to be the voice of spirituality for the 21st century. Unity provides a positive approach to spiritual living, and for those who wish to go deeper, a rich, well-developed body of metaphysical thought.

We at Unity Spiritual Community in Citrus Heights are especially adventurous in our spiritual exploration. Knowing that there is no place where God is not, we are open to ideas that expand the boundaries of new thought.

The future is now—we have arrived. And it is time to release the limitations of conventional thought and claim our mastery of the Big Answers. I am ready for this wild ride through time and space and invite you to come aboard and partake of the spectacular scenery. I think you’ll be amazed by what you discover!!